Last Updated: Dec 21, 2014 01:13AM EST
After five years of intergalactic adventure, we’re going to be closing Space Heroes Universe. The game originally launched in 2011 and since that time over five million players have blasted off for an adventure in the highly acclaimed and multi-award winning game.

The game introduced many innovative features into the virtual world space, and gave kids a fun and exciting way to have fun, learn about science and the universe and make new friends in a safe online community. The game achieved the highest ratings for quality and safety and won numerous awards. We were particularly proud that many of our team of designers, developers and artists got their first professional experience working on the game and we continue to be active proponents of the Australian game design and development community. We also enjoyed the opportunity to work with schools and universities to help give students an insight into the game development process.

With the shift in gaming to tablets and mobile devices, the demand for rich, immersive story-driven games like Space Heroes continues but the platforms must adapt. For this reason we’ll be closing the game on 29th January 2015, however the Space Heroes Universe brand will continue on and we look forward to sharing exciting news about new mobile iterations in the future.

From all the team who worked on Space Heroes Universe we thank you for joining us on an incredible adventure and we look forward to sharing more fun and delightful games with you in future.

Let’s blast off for adventure!

This was on the website of SHU. Full details can be found at http://www.spaceheroesfansite.com/2014/12/space-heroes-universe-shutting-down.html

SH Noah (2012 April--29th January 2015)   I was premium member thanks to Lol. I won his last premium membership competition. 2014 June to 2014 December as Premium Member. I bought two packs of SHU Trading Cards. I was a Purple Jacket Member, and I was a hero of the week. and I was famous. I hope we heroes will be able to keep in touch on twitter. https://twitter.com/SpaceHeroNoah

My Comments on Space Heroes Fansite:

Well, we must tell everyone who has already left what happened. I knew it would end like this a few months ago, but not so suddenly. Adrian must know this...
I think SHU has been a very good experience. It particularly affected people like Lillia, Chocolate, Adrian, Lol and many others who were affected by them. I never knew that a game could make real friendships, affect so many childrens lives, and be the topic of so many awesome blogs. I myself wouldnt be here if I hadnt heard the radio broadcast on 2UE. I didnt come through Club Penguin or some other game. I came straight to SHU. And now, it is over. well, yes. I would like to thank all space heroes.


In a way, I think SHU was created by its players. Without its great players, bubble gum interactive wouldn't have been able to create such a big game.

I hope Lillia will keep this website running until it is all over.

Something every space hero needs to keep in their mind:


"Brave heroes never stop looking into the future where gifts await, because the ones who look into the past cannot achieve something new, but are looking at how far they've become." ~Justice Girl

This is quite unbelievable. Justice Girl is probably one of the most greatest heroes that SHU has ever had. At least towards the end. I don't know if it is truly her words, but all the same, SHU has had a very big effect on many people. I always look in the past too, but that is only to learn something.

I found a pad with the trophies like this:

I think it is a good idea, but would like to know how to do it. Does anyone know? Comment below! 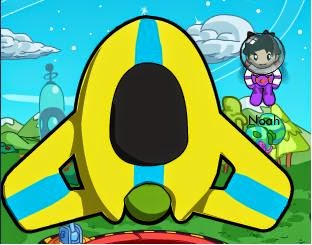 I am a member of the Purple Jacket Squad and I have been a Hero of the Week. I am a huge fan of Space Heroes Universe. I discovered this game a bit late, around April or May 2012. The founder of Little Space Heroes was being interviewed on 2UE954 NEWS TALK. They were talking about how there was fundraising for the creation of the game. Then they talked about what was in the game. I wrote the name down on a piece of paper, and I started playing SHU.  I am Space Hero Noah.

Now, most of the bloggers are fans of SHU, but they no longer play. I am one of them. I would like to bring information to all heroes anyway.